Batti Gul Meter Chalu is the story of three friends combined with the story of dismal electricity conditions and a total failure of the service in India. Director Shri Narayan Singh should be credited with making an issue-based movie out of a simple story.

Three childhood friends Sushil Kumar Pant a.k.a. S.K. (Shahid Kapoor), Lalita Nautiyal a.k.a. Nauti (Shraddha Kapoor), and Sundar Mohan Tripathi (Divyendu Sharma) have big dreams in their eyes but the destiny has something else for them. S.K. becomes a lawyer but instead of practicing law, he starts negotiating out-of-court-settlements to earn quick bucks; Nauti wants to become a top fashion designer and Tripathi opens his printing press. But they are joined with a common thread, electricity.

Excited to run his press, Tripathi works hard to get orders and make clients but his electricity bill shatters his dreams. He receives a huge bill of 1.5 lakhs for consuming electricity and soon it increases to 54 lacks due to non-payment. Unable to correct the bill, Tripathi feels cheated and commits suicide. S.K. feels moved … 5 Weddings: Indian weddings complete with singing and dancing of hijras

An American publication sends its Indo-American journalist on an assignment to India. The journo is tasked with writing an interesting feature on Indian weddings. 5 Weddings is an American based movie based on an India theme. Nargis Fakhri is playing the journo Shania Dhaliwal and in the supporting cast, there are Rajkummar Rao, Bo Derek and Candy Clark.

Shania Dhaliwal is in India to write a feature on Indian weddings. And she often needs help of apolice officer Harbhajan Singh (Rajkummar Rao) in her job. She has to travel a lot, meet people and attend weddings to get a first-hand account of wedding ceremonies in India. She writes extensively on the lavish spending on wedding dresses, venues, decoration and food and also on the unwanted guests, hijras. The story takes a serious turn when she decides to highlight the plight of the transgender community.

Rajkummar Rao is a distinguished actor that can wear any hat. This time, he’s … 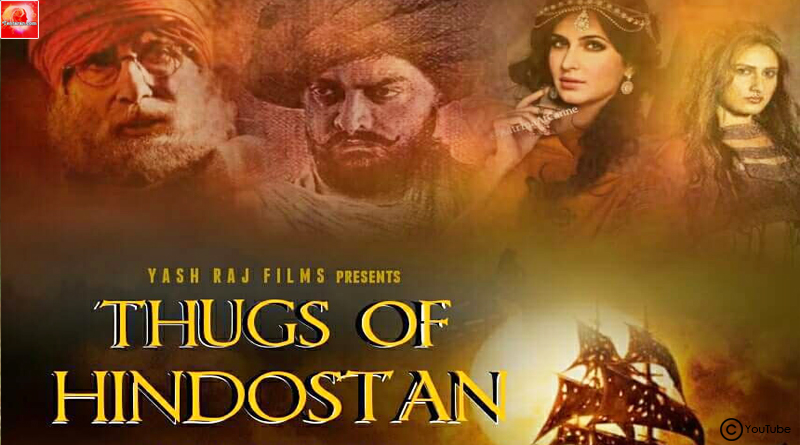 Thugs of Hindostan: Amitabh Bachchan gets a grand welcome by viewers

Amitabh Bachchan deserves the welcome he is honored with,in this trailer of the upcoming movie Thugs of Hindostan.

The trailer starts with a very dark cloudy sky with silver lines and a falcon entering the sky and descending on a pirate ship. It is a vintage ship with high masts and thick ropes hanging from the masts and a large canon at the top. The falcon descends decently and sits on the cannon.

Amitabh Bachchan as Khudabaksh is seen standing behind the canon. Clad in a classic pirate dress with a large sword in hand, he looks quite impressive. He looks determined in gray mustaches and beard. On the top right corner of the screen emerges his name Khudabaksh in silver color.

This 25-second trailer introduces the character the veteran actor is playing in the movie. And like a commander, he’s seen commanding a ship.…