Shah Rukh Khan aka “Badshah of Bollywood”, “King of Bollywood” and “King Khan” celebrates his 53rd birthday today. Born on 2 November 1965, SRK spent his early years in New Delhi before arriving in Mumbai for making a striking career in Bollywood.

Fans and well-wishers started gathering outside his residenceMannat since midnight and SRK greeted all those guests waiting to see a glimpse of their favorite star with folded hands. He appeared at the gate of Mannat and received blessings and best wishes of his followers amid tight security. A large crowd was waiting outside the residence of SRK to say “Happy Birthday” to the superstar and they knew that they won’t be disappointed.

SRK calls his fans, a family in his tweet

Fed cake to wife…Met my family of fans outside Mannat…now playing Mono Deal with my lil girl gang! Having a Happy Birthday. Thank u all…for this amazing love. 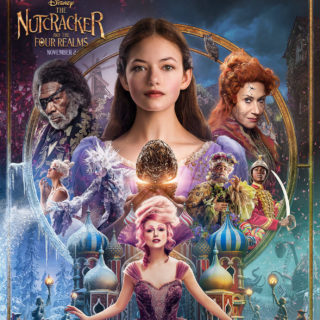 The Nutcracker and the Four Realms

The Nutcracker and the Four Realms: The Movie Has a Lot Of Stuff To Wonder

The Nutcracker and the Four Realms is a live-action fantasy adventure based on the 1816 story by German author E. T. A. Hoffman. It is a retelling of the old story but it looks like other fantasy movies – Alice in the Wonderland and Narina.

Mr. Stahbaum lives alone with his three daughters after the demise of his wife Marie. Clara is the middle of the three sisters and also the most intelligent of all. Mr. Stahbaum plans to celebrate Christmas with his godfather but before leaving he gives his daughters gifts. Clara gets the most amazing gift – a silver egg – but it needs a key.

At the celebration, the godfather introduces Clara to a game where she can find the key to the egg. It is a magical game where toys come to life. Clara enters into an unknown kingdom of a ruthless mouse king in search of her key. 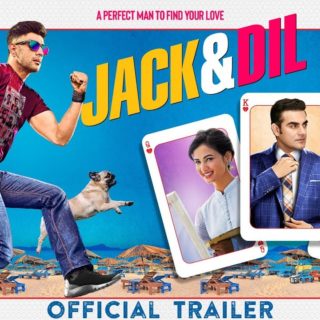 Jack and Dil is a romantic comedy that looks like copy of many Bollywood and Hollywood movies. The story revolves around a young and energetic businessman who does everything for business but nothing for family. And when he finds losing his family life, he hires a detective to spy on his wife.

Waliaji (Arbaaz Khan) is a businessman but it would be more appropriate to call him a human-machine. He owns a palatial home in Goa but he spends most of his time in office, travelling and client meetings. Happy with his professional life but unhappy with his personal life would be the best description of Waliaji.

His desire for accumulating more wealth keeps him away from his wife Shilpa Walia (Sonal Chauhan) who spends her days alone in her bungalow. Worried about his family life, Waliaji starts doubting on character of his wife. He hires a young and handsome detective Jack (Amit Sadh) to find whether Shilpa is having an affair. But the situation takes a U turn when Jack falls in love with wife of his client.