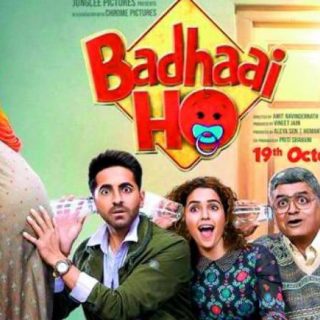 Jeetender Kaushik (Gajraj Rao)is a government employee with Indian Railway. He lives with his wife Priyamvada Kaushik (Neena Gupta), two children Nakul Kaushik (Ayushmann Khurrana) and Junaa (Rahul Tewari) and mother as Dadi (grandmother) of the children. Jeetender is an aging father and his elder son Nukul is in love with a beautiful girl Sweety Sharma (Sanya Malhotra). Jeetender and Priyamvada are aging decently until they make a mistake – unsafe sex – that makes Priyamvada pregnant. While there is nothing wrong in enjoying sex but pregnancy at an advanced age is unexpected and unacceptable in society.

Param (Arjun Kapoor) and Jasmeet (Parineeti Chopra) want to marry but there is a twist. Jasmeet wants to make a striking career for which she needs Param’s help. Here conservative grandpa and brother are against her job aspirations and want to marry her ASAP. She asks Param to help. Param marries Jasmeet and also allows her to go abroad for work. Jasmeet gets a work visa for London but Param is denied a visa. Is it a conspiracy or Jasmeet wants to get rid of him? The movie answers these questions. 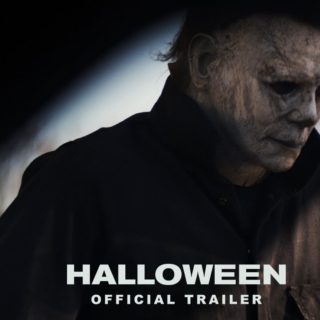 Halloween: What happens after 40 years of a murder?

Halloween is the 11th installment of the Halloween film series but it is made direct sequel to the 1978 movie of the same name. Why? The director David Gordon Green is mum over this question. It seems as there are no sequels of the 1978 Halloween or the other nine movies made as sequels don’t exist.

The story starts 40 years after of the Haddonfield murders in 1978. Michael Myers, the accused is in captivity for the crime and preparing to be transferred to a maximum security prison. The two journalists go to interview Michael only to find that he isn’t speaking to anyone. His psychiatrist confirms that he can speak but he doesn’t. The journalists came out empty handed from his sanitarium and move to Laurie’s house where Laurie Strode is waiting for Michael. The story moves on with more characters joining and finally Michael is seen stabbed and thrown in a burning castle.