Ekta: Navneet Kaur Dhillonis visited by a spirit in the movie Ekta is a romantic thriller story with a touch of rebirth. Jointly produced by Bikshamaiah Sangam and Suman Reddy, it will be released in Hindi and Telugu. The movie has romance, action, thrill and suspense with its roots in the previous life.

It is the story of a beautiful girl Ekta who wants to enjoy everything the life has to offer. Her joyous nature makes her attractive and she herself likes making friends. She looks life with proud, when she meets her love. By the time she starts feeling happy, she finds that she’s some motive. There’s someone knocking at her doors and it’s a spirit that wants to use Ekta to fulfill its vengeance.

The story goes in the flashback where police are searching a murdered. Someone is murdered and the hunt for his assassin is on. It is when Ekta entered into the scene … 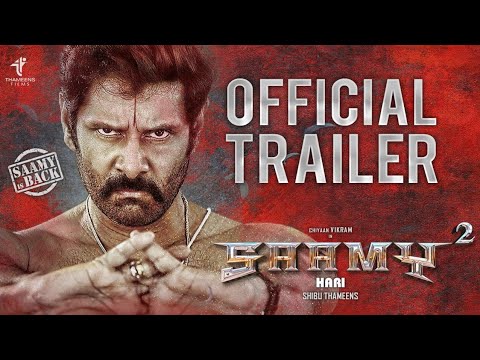 Saamy Square: Is the movie all about action?

Saamy Square trailer is out and it has started trending on YouTube and social media. Sequel the 2003 movie Saamy, the Saamy Square is similar to its prequel in many ways. In 2003 Saamy, Vikram played the character of DCP Aarusaamy and in 2018 Saamy Square, he is seen in the role of Ramabootham, the daring son of Aarusaamy. Vikram has the double role in the Saamy Square.

The trailer starts with the scene of Parliament and then enters the super-cop Vikram. He drives a police van fast towards a site and kicks a villain hard on coming out of the van. In the second scene, he is seen firing at a politician who’s running out of Parliament. In the third scene, Vikram is seen in the dress of a Brahmin. He’s performing puja and also beating the villains.

It is an action-packed trailer with the scenes running very fast. Also, there are fewer dialogues than fight scenes. Kaala: Rajinikanth has certainly some political ambitions with this movie

Kaala is the story of a runaway boy who reaches Dharavi in Mumbai and becomes its don. But Kaala is goodie character who protects the slum dwellers from the vested interests who want to exploit the slum-land for personal gains. But Rajinikanth has different plans for this movie. He gave it a political touch by commenting on Cauvery issue.

So, what made Rajinikanth look at Dharavi?

It isn’t the first time that a feature film is made on Dharavi as this slum colony has been a central character of many movies including a film of the similar name. In the words of Rajinikanth, he decided to make a picture on Dharavi after coming from Malaysia. He might have political ambitions with this movie as it is his first movie after forming a political party but he denies having any political motives for making Kaala.

What could Rajinikanth achieve with Kaala?

The film presents him an undisputed leader of the masses and that he’s up against the corrupt politicians. It is an attempt to present Rajinikanth as a mass leader. He chooses Dharavi to show his …