Actor Varun has just shot into fame with Fukrey series and he wants to strengthen his position in the Bollywood. Working with Govinda would be an added advantage for Varun. He can learn many acting tips from the veteran actor.…

Helicopter Eela is a family comedy movie by Ajay Devgn. The film stars Kajol and Riddhi Sen, the National Award Winning Bengali actor. It is the story of a single mom trying to balance her personal wishes with her family responsibilities – a mom trying to live a free woman in the patriarchal society.

Eela D’Souza (Kajol) lives with her son Vidvaan Arora (Riddhi Sen) who’s a college student. Eela feels wants to utilize her free time and her son suggests studies. She agrees and decides to join the college with her son. One day she drops in the college and introduced her as a student. It is a surprise moment for Vidvaan and from here things start twisting. The mom in Eela always keeps an eye on her son but Vidvaan feels offended. He warns Eela of undue and unexpected interruption in his personal life and leaves home when Eela refuses to change her attitude. 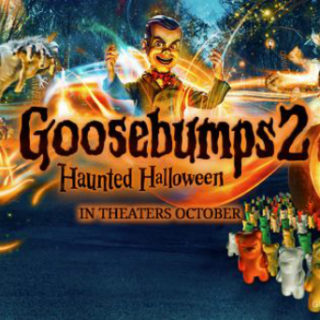 Goosebumps 2: Haunted Halloween could be a second family-centric horror treat after the 2015 movie Goosebumps, if it is able to entertain like its prequel. A sequel to Goosebumps, the movie retains the character of Slappy the Dummy, the evil ventriloquist dummy and the story is woven around this character.

Two childhood friends Sonny and Sam enter the abandoned mansion of the author R.L. Stine only to discover an unpublished book of the author. The title of the book is Haunted Halloween and Slappy the Dummy is its main character. The boys open the manuscript out of curiosity and surprise. The Slappy comes out of the book and becomes a real-life figure. Also, he brings all his ghoulish friends and characters of the book from oblivion. Slappy has an evil plan of ruling the world with the help of monsters and witches. He executes his plan with capturing Sonny’s mother. Sonny and his sister Sarah try to free their mom. Sam is there to help and they also get help from a kind neighbor.